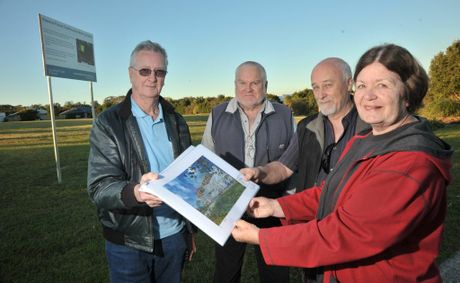 The origins of the Kawana Forest Residents Association (KaFRA) lay in a public meeting held on November 11, 2007 with residents voicing their concerns to protect the upkeep of the amenities and their forest environment.

A series of meetings followed at the former Stocklands Sales Office (where the development of shops and units now stands); and where the community centre is now being built.

It was at these meetings the elements of a Draft Constitution (Objects of Association) were discussed and reviewed and presented to the community at the General Meeting February 24, 2008.

Special mention must be given to Stockland representatives Baydn Dodds and Maree Machin, particularly Maree who guided the group through many thought bubbles to produce the kind of community people wanted to live in. It was from these meetings it was decided to adopt the following Objects of the Association:

The Steering Group viewed the initial formation of KaFRA as a hub for the community, primarily focused on the task to ensure the present and future amenities of our community including landscaping, parks, public spaces, the forest and its native animals.

Above all, the group was formed to foster a great community spirit, now and for the future, to benefit the residents of Kawana Forest.

The driving force of two great KaFRA presidents… initially Narda Smithers (original Steering Group) and in recent years, Greg Chambers who have both made herculean efforts over the years in holding committee meetings and as the liaison between KaFRA and the Sunshine Coast Council, resulting in the opening of a Community Centre in 2013.

Maureen Allen – Was an outstanding Secretary for KaFRA for over five years and active committee member.

Trevor Scrimshaw – was on the original steering committee prior to the establishment of KaFRA, and was on the first committee and thereafter for a number of years.

Greg & Lyn Chambers – Greg was elected to the first KaFRA committee in 2007, and this continued until 2016 (with the last several years as the President).  Greg and his wife Lyn have dedicated many years of service to get the committee established and to where it is today.   Lyn has played a major ‘behind the scenes’ role in all committee activities and was heavily involved in staging various events. Greg continues to hold the tongs and man the BBQ at our events.

Annie Sharp – Was made a life member in 2017.  Annie was a member of the steering committee and the first Secretary for KaFRA, setting up membership lists and other legal requirements.